Lohri is one of the most joyous celebrations in the Punjabi community.  It is celebrated annually on January 13th, the winter solstice day, which is usually the shortest day and the longest night of the year.  Lohri also marks the beginning of the end of winter, as days begin to get longer and the Sun warms the ground for new crops to be sown. Sugar cane is the crop most associated with Lohri, as January represents the time to harvest sugar canes.

Lohri also represents new beginnings and the celebration of life. Punjabis everywhere celebrate the birth of babies from the previous year with feasts and large get-togethers, which include singing and dancing.  Families often light bonfires, in which they eat and throw Indian treats such as gachak (an Indian buttered crunch candy), peanuts and rewri (a crisp toffee like treat made from jaggery/gur and sesame seeds) into the fire while singing folk songs. 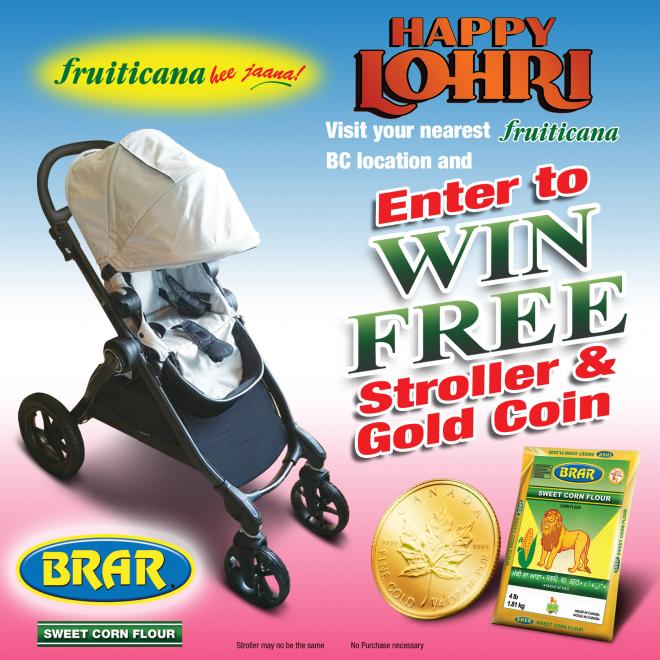 Visit your nearest Fruiticana location today and enter your name in our Lohri contest.  Entries shall be collected at all BC locations. The two winning entries will be drawn on January 11, 2017 and the respective winners will be rewarded prizes by Fruiticana and Brar Sweet Corn Flour on Lohri Day, January 13th.